U.S. musician Billie Eilish does not often smile in photoshoots, but a music video that shows her removing a clear aligner tray has been viewed more than 1 billion times on YouTube. (Image: Cubankite/Shutterstock)
Back to news
By Jeremy Booth, Dental Tribune International
March 19, 2021

NEW YORK, U.S.: Clear aligner therapy continues to grow in popularity. Before it was introduced, malocclusion in teenagers was typically treated using fixed appliances. The adolescents and teenagers of today are opting for a more discreet option, but there is little discretion being shown by the pop icons and social media influencers that are helping to turn clear aligners into the latest self-care trend. This article offers a glance at some of the most famous smiles fitted with transparent trays.

The U.S. is one of the leading markets for clear aligner therapy, and case starts are increasing among U.S. teens. “As an orthodontist and father of two teenagers—one teen who is undergoing clear aligner therapy and another in traditional metal braces—I can speak firsthand about the efficacy and versatility of this product,” commented Dr. Gary Moore, a dentist affiliated to SmileDirectClub (SDC), in a note to the press.

During the formative years, young people are especially sensitive to issues concerning their physical appearance and to the opinions of their digital native peers. Moore said: “Teens can feel more confident in showing their smile when wearing clear aligners, something that is even more important to them in a day and age where social media is a primary source of their interactions.”

In its latest report on the clear aligners market, Fortune Business Insights said that the exponential growth that it forecasts for the category in the near term will be driven by an increasing demand for esthetics among younger consumers. Clear aligners were only introduced to the market in the late 1990s, and their popularity among younger patients is being boosted by their visibility on the internet and by their promotion—paid or unpaid—by celebrities.

Celebrities such as Zac Efron and Anna Kendrick have spoken publicly about their clear aligner therapy, but no one has made an impression with as many teens as Billie Eilish has. The home-schooled contemporary pop sensation was just 17 when she released her debut studio album, “WHEN WE ALL FALL ASLEEP, WHERE DO WE GO?”, in March 2019. The opening lines included an obscure reference to her orthodontic treatment of choice. “I have taken out my Invisalign, and this is the album,” Eilish can be heard saying before the kick drum and amplified finger snaps of the first track, “bad guy”, set in.

“I have taken out my Invisalign, and this is the album” – Billie Eilish

The album was co-written and produced by Eilish’s brother, Finneas O’Connell, and the young Los Angeles residents captured the attention of young music fans around the world. “Bad guy” won the best song of the year award at the 2020 Grammy Awards, and the track’s music video—which has been viewed more than 1 billion times on YouTube—features Eilish removing a clear aligner tray.

Eilish is a musician, not a social media influencer, but owing to her music millions of teens around the world have developed a sudden curiosity about the esthetic orthodontic treatment. It is unlikely that this fact was lost on Align Technology, the company that manufacturers Invisalign. Align has since sharpened its focus on social media influencers in order to further establish the clear aligner system in the lucrative teenage orthodontic market. 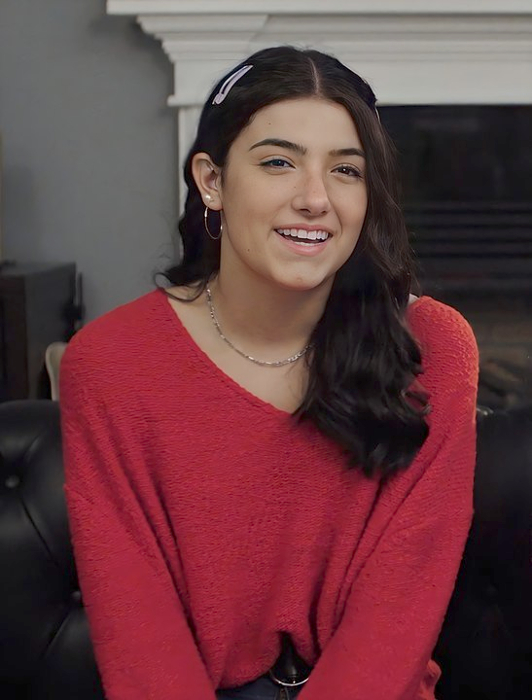 Charli D’Amelio, a 16-year-old social media influencer, documented the start of her clear aligner therapy last year in a series of videos addressed to her 110 million TikTok followers. (Image: Priyanka Pruthi/CC BY 3.0/no changes)

“It is official—Charli D’Amelio got fitted for her Invisalign and started on August 26th, 2020,” Gladwell Orthodontics announced on its website last year. Gladwell is the second largest provider of Invisalign treatment in the U.S., and it posted videos on its website that D’Amelio had shared concerning her orthodontic treatment. “If you want to know more about getting fitted for Invisalign, contact us today,” the dental group said.

U.S.-based D’Amelio, a 16-year-old former professional dancer who is now a prominent social media influencer, began clear aligner treatment in August 2020, and she documented the start of her treatment in a video addressed to her more than 110 million TikTok followers.

In the first video related to her clear aligner treatment, D’Amelio says: “Today I am getting my Invisalign,” gesturing with a thumbs-up. After her makeup, the video shows D’Amelio seated in a car with her mother on the way to the orthodontist’s office. Inside the clinic, wearing a face mask, she says: “So right now the orthodontist is explaining to me how to properly clean the Invisalign, and [how] to use them.” From the dental chair, she gives a quick promotion of another multinational company to her followers—“Look, my shoes light up,” she says of her Nike trainers—before turning the camera on herself, showing that she is fitted with a cheek retractor.

“I’m about to put my aligners in for the first time,” D’Amelio says, and fits the trays over her upper and lower teeth, smiling and giving a double thumbs-up. The video ends with D’Amelio, seated back in the car, explaining: “They’re in.”

At the time of writing, the video had received 7 million likes from TikTok users and had been shared more than 37,000 times. In a later video, D’Amelio shows her followers how her clear aligner has become part of her morning routine and how easily it can be removed and cleaned. This video has received over 10 million likes, and D’Amelio has also tweeted about her treatment to her more than 5 million Twitter fans. 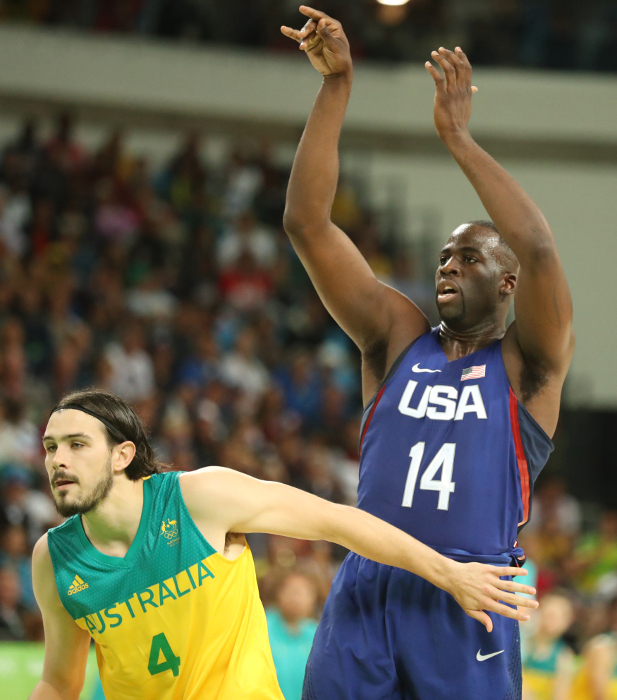 The smile of a champion

Now 31, basketball star Draymond Green is around twice the age of D’Amelio, but the major sporting personality nonetheless commands influence over younger U.S. consumers—particularly males. Green has become a highly visible cheerleader for teleorthodontics company SDC, and the power forward has also invested in the company and lobbied against efforts by California to regulate teledentistry. A most notable fact for younger consumers is that Green has associated his clear aligner treatment with his sporting success.

In an advertisement posted on YouTube by SDC, Green’s mother explains that, when he was a teenager, it was obvious that her son would need treatment for malocclusion. She said that having Green fitted with a fixed appliance was delayed for several years because he was so busy with his sporting commitments. When fitted with a fixed appliance in his college years, Green was unhappy with his appearance and the appliance was unsuitable for the basketball court. “When he got to Michigan State, he broke the retainer,” she says of her son. Green’s tooth crowding persisted, and he states in the video that he was not interested in continuing with the therapy. “When I do photo shoots with my aligners in, you can’t see them,” Green says.

Green has tweeted numerous times about his clear aligner therapy, making use of product placement for SDC aimed at his 1.4 million Twitter followers. In another video advertisement, posted on YouTube and shared over the athlete’s social media channels, Green talks about physical and personal transformation, and he is pictured—smiling—while putting in his clear aligner tray during training. “Confident is the new you, it’s a better you,” he says.

Fortune Business Insights estimates that global sales of clear aligners were worth around $2.41 billion (€2.02 billion) in 2020. It remains to be seen how much value celebrities and social media influencers can add to the category.

BIRMINGHAM, Ala./IRVINE, Calif., U.S.: Researchers from different U.S. universities have collaborated to investigate a novel dental gel, produced by Livionex Pharma, a company based in Los Gatos in California. The findings of their study demonstrated that the product significantly reduced gingival bleeding, gingival inflammation and the depths of periodontal pockets in patients with periodontitis.

Interview: “Advances and developments in dental materials are rapidly accelerating”

In this interview, Dr Adham Elsayed, certified specialist in dental prosthodontics and implants and clinical and scientific manager at Kuraray Noritake Dental, details the benefits of the company’s new CLEARFIL MAJESTY ES-2 Universal composite and explains its application in the daily dental workflow.

LOS ANGELES, U.S.: Owing to its considerable benefits, including being minimally invasive, robot-assisted surgery is gaining increasing recognition in many medical fields, including dentistry. In 2019, the U.S. Food and Drug Administration (FDA) cleared the first robotic device for dental surgery, and the device is commercially available in the country. Now, new research has shown that robotic surgery may improve survival rates in early-stage oropharyngeal squamous cell carcinoma patients.

LEIPZIG, Germany: Owing to mask supplies fast becoming exhausted, many healthcare professionals around the world are increasingly unable to comply with the recommended infection control practices. The shortage has prompted extended use and reuse of face masks in healthcare settings, thus increasing the professionals’ risk of contracting SARS-CoV-2. To help ease the depleted supplies, many federal agencies have relaxed regulations on mask use and some institutions have taken the initiative to help those fighting on the front line against COVID-19 by producing 3D-printed face masks and shields.