Placing an implant immediately after tooth extraction offers several advantages, including a reduced treatment time, fewer surgical sessions, possibility of fixed implant temporisation, and preservation of the soft-tissue contour and of the interdental papillae. Immediate implant placement into fresh extraction sites has been described as a predictable and successful procedure when proper protocols and case selection are followed. The success of immediate implant placement and the temporisation procedure relies greatly on sufficient primary stability of the implant. The latter depends on the volume of available bone beyond the root apex as classified by Kan et al. [1] and on the choice of the implant, its macro design and the drilling protocol. BLX implants (Straumann) were designed to achieve high primary stability when placed immediately after extraction.

A 52-year-old man, a non-smoker in good general health, was referred after diagnosis of post-traumatic resorption affecting the roots of teeth #11 and #12 (Figs. 1a & 1b). The patient had previously consulted with an endodontist, who stated that both teeth were hopeless and therefore extractions were required. Clinical examination revealed a complete, healthy periodontium around tooth #12 with no sign of infection. At tooth #11, a slight tissue oedema associated with chronic irritation in front of the extensive resorption was observed. The intermaxillary relationship was normal, and the analysis of the smile showed a low smile line (Fig.2). Tooth #21 had been replaced by an implant-supported crown. The previously requested CBCT scan showed that the resorption process was more advanced at tooth #11 (Fig. 3).

Teeth #11 and #12 were diagnosed as hopeless. From a periodontal point of view, the clinical situation was considered favourable for an immediate implant procedure: the gingival margin and papillae were at the same level at these teeth as at the contralateral ones.

We used the previous CBCT scan to evaluate the bone volume in the apical area of teeth #11 and #12, as well as the integrity of the buccal plate at both sites (Fig.4). The examination of the CBCT scan showed that the buccal plate was intact 3 mm below the gingival level and this correlated to the findings of the clinical examination. The future extraction sockets were determined as Class I according to Elian et al.[2]

The bone volume in relation to the axis of the tooth was considered favourable for immediate implant placement, Class I according to Kan et al.[1] However, we knew from the literature that adjacent implants in such a clinical scenario behave poorly because of the small distance between the platform and that in this kind of situation the probability of the inter-implant papillae loss is quite high. We also knew that a staged approach for the extraction of these two incisors would yield better results from a soft-tissue point of view.[3-6]

According to all these parameters, we decided to perform an immediate implant placement procedure after extraction of tooth #11. Immediate temporisation was intended subject to sufficient primary stability of the implant. The implant chosen for this procedure was a Straumann BLX implant (4.5 ×12.0 mm). After a proper healing period, tooth #12 was to be extracted, and after a socket preservation procedure and proper soft-tissue healing around a temporary prosthesis, a zirconia cantilevered fixed implant-supported bridge would replace these two teeth.

Tooth #11 was extracted atraumatically without raising a flap or performing an osteotomy (Fig.  4). The extraction socket was meticulously cleaned and rinsed with Betadine. The drilling sequence included 2.2, 2.8, 3.2 and 3.7 mm drills (Fig.5). The implant was placed with a final torque of 80 N cm (Figs. 6 & 7). In its final position, the implant platform lay 4 mm below the ideal gingival margin (at the same level of the adjacent implant platform; Fig. 8).

A Regular Base (RB) titanium temporary abutment for a crown was placed and a laboratory-made shell was positioned without interference with the temporary abutment (Fig. 9). The surgical site was protected with a small piece of rubber dam (Fig. 10), and the abutment was connected to the shell with a dual-curing luting composite (Fig. 11). The development of a proper emergence profile will be done extra-orally (Fig. 12) to produce the screw-retained temporary crown.

Before placing the provisional crown, the gap between the implant and the buccal plate was filled with a particulate xenograft material (cerabone, botiss biomaterials). The graft was packed up to the gingival margin according to the dual-zone principle described by Chu et al. (Fig. 13).[7] The screw-retained temporary crown was then torqued to 35 N cm (Fig. 14).

Extraction and socket preservation of tooth #12

Three months after placement, tooth #12 was extracted (Fig. 15), and a socket preservation procedure was performed. The socket was filled with cerabone (Fig. 16) and closed with a free gingival graft taken from the maxillary tuberosity (Fig. 17). A cantilevered temporary bridge was then torqued to 35 N cm.

Two months after the extraction of tooth #12, an implant level impression was taken for final restoration using a digital scan body (Fig. 18) and a digital intra-oral scanner (TRIOS, 3Shape). A zirconia cantilevered fixed implant-supported bridge was fabricated according to a fully digital workflow (Figs. 19 & 20). The screw-retained bridge was then torqued to 35 N cm (Figs. 21 & 22). The follow-up, ten months after implant placement, showed a well-preserved gingival contour (Figs. 23 & 24).

Immediate implant placement and temporisation when properly indicated have three main advantages: timing, biology and prosthetics. The treatment time and number of surgical procedures are reduced compared with a delayed approach. From a biological standpoint, using a slow-resorbing material to fill the gap between the implant and the buccal plate allows predictable preservation of the bone volume. The provisional crown supports the gingival architecture and helps maintain the pre-existing positions of the gingival margin and of the mesial and distal papillae.

When replacing multiple adjacent teeth, a staged approach when possible for the extractions will give better results and the use of a cantilever can allow better soft-tissue preservation. Placing an implant-supported provisional crown on the day of surgery simplifies temporisation in the anterior area, allowing the patient to leave the office on the same day with a fixed provisional.

The success of this procedure relies on three basic principles: proper indication, atraumatic extraction and sufficient primary stability of the implant. The last depends largely on the choice of implant design and drilling protocol, which should be aimed at greater primary stability. 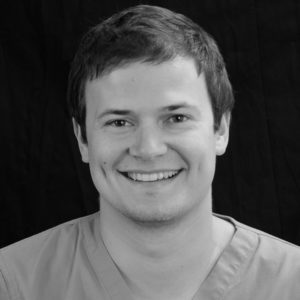 Straumann Group to build its first manufacturing, education and innovation centre in China

SHANGHAI, China: The Straumann Group, a global leader in implant and aesthetic dentistry, has recently signed an investment agreement with the Shanghai Xinzhuang Industrial Park (SHXIP) in order to establish its first campus in China. The campus will comprise a manufacturing, education and innovation centre, all situated on one site.

Clinical professionals can look forward to three upcoming implantology webinars in March, April and May. Presented by dental implant manufacturer Neodent, the lectures will offer knowledge about peri-implant tissue maintenance, the evolution of conical connections and benefits of surface treatments and will provide the opportunity to earn continuing education credits.

Team communication, treatment planning and execution represent the three pillars of interdisciplinary implant therapy. In a free webinar on 9 December, Dr Ricardo Mitrani will describe how utilising digital technology enhances and facilitates this process, allowing the team to deliver results with a higher level of precision. Prior to his presentation, Mitrani, who maintains a private practice with a focus on prosthodontics, implants and aesthetic dentistry in Mexico City in Mexico, gave a short preview of his topic. 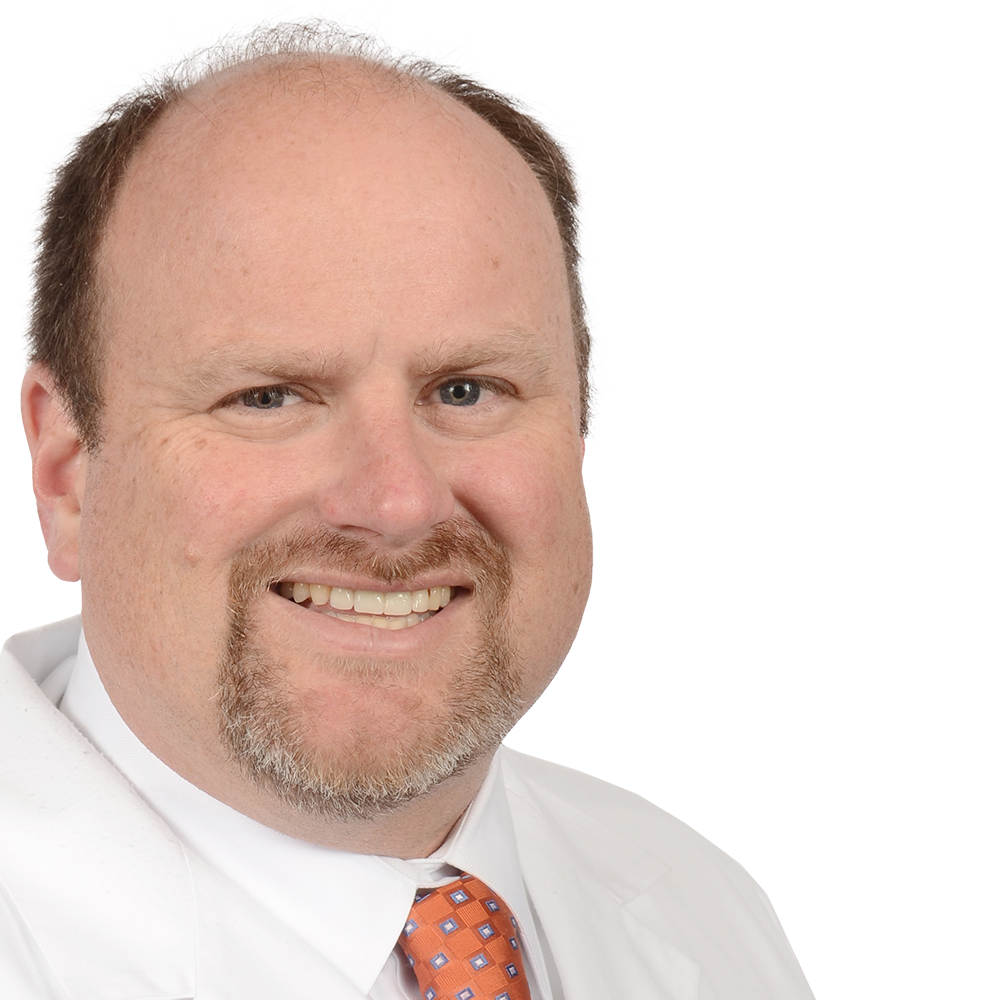 The replacement of a missing tooth or teeth in patients with immediacy and esthetic demands has become a focal point in today’s implant practice. The utilization of evidenced-based treatment protocols coupled with the integration of digital technology in the planning, placement and restoration of these implants have resulted in a streamlining of the treatment workflow,... View Article 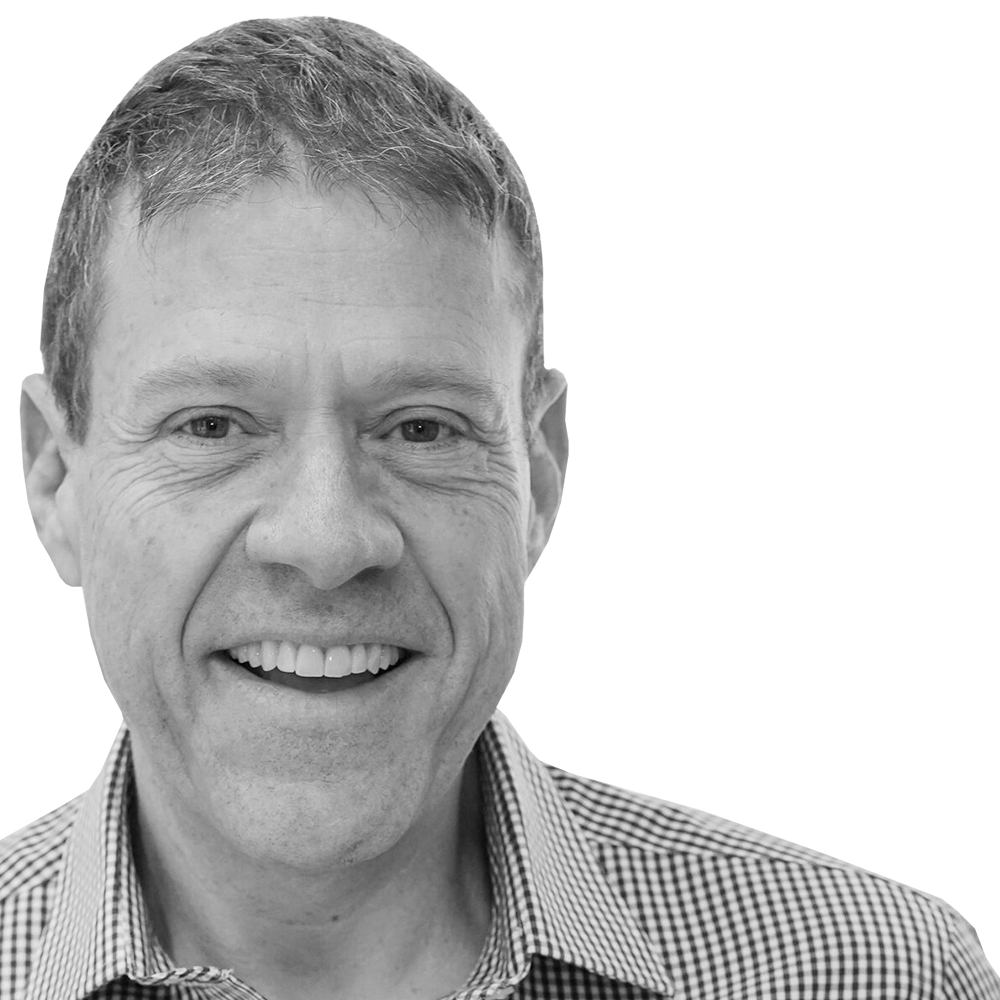 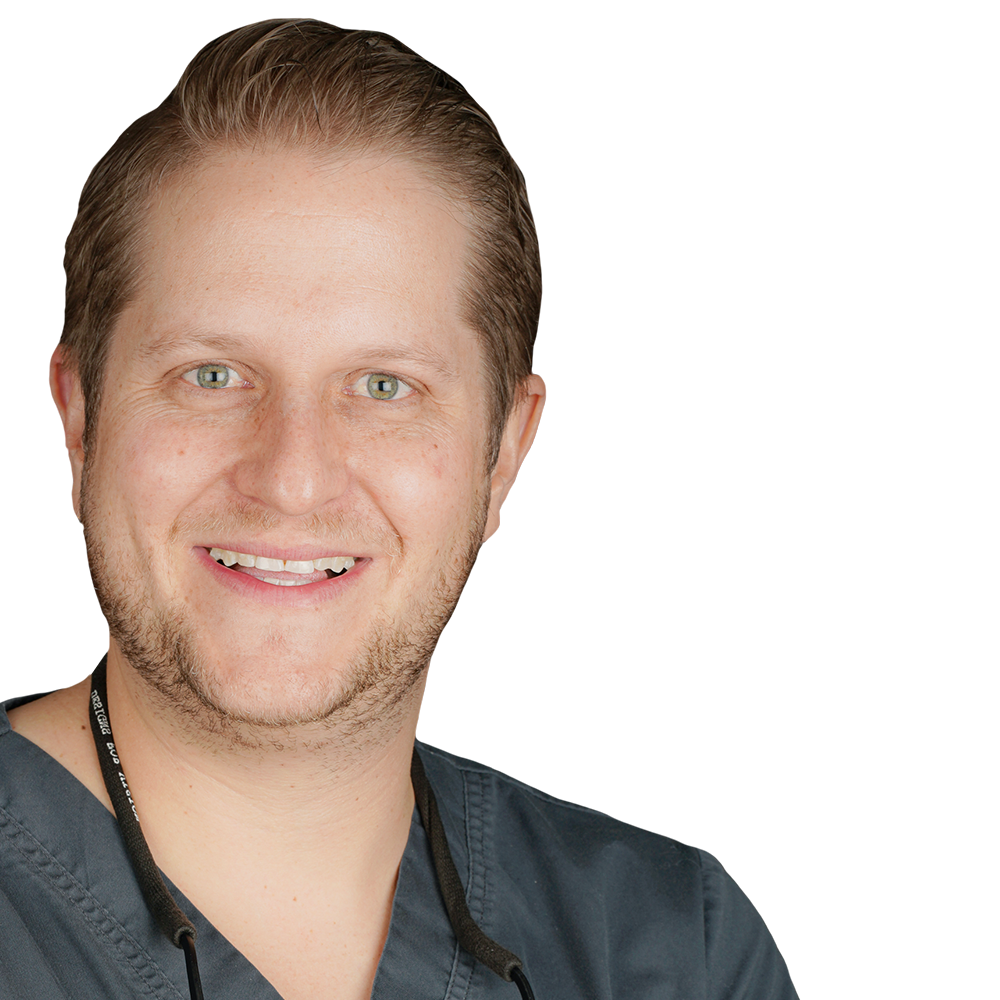 This webinar will review how full arch digital planning protocol can serve the interdisciplinary team as an equalizing platform where all members (restorative dentist, surgeon, technician and biomedical engineer) are able to express their treatment plan ideas and concerns and “negotiate” the best route of therapy through everybody’s eyes. It will describe the systematic approach... View Article 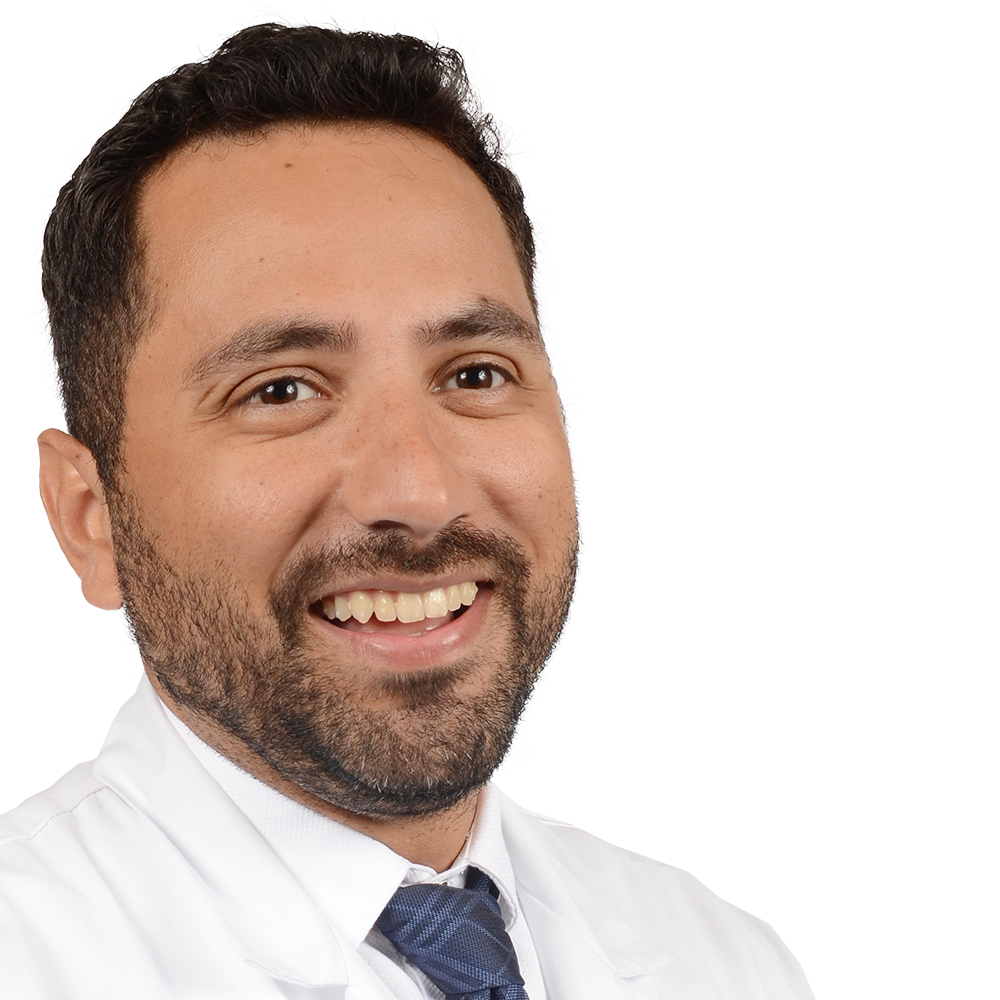 The Surgical Perspective on Planning, Designing, and Execution of Immediate Implant Treatments

The Surgical Perspective on Planning, Designing, and Execution of Immediate Implant Treatments

The development in digital technology has allowed us to extend immediate implant treatment options to a larger portion of our patient population. These changes and evolution are presented in all aspects and phases of the treatment, from the diagnostic and data acquisition all the way to implant design and prosthetic materials. Even though the fundamentals... View Article